Carcassonne is an amazing walled city and is one of the most popular attractions for anyone staying in our Languedoc holiday villa as well as being the arrival airport of choice for many of our guests. It is separated into the fortified Cité de Carcassonne and the lower city, the ville basse. The fortress, which was thoroughly restored in 1853 by the theorist and architect Eugène Viollet-le-Duc, was added to the UNESCO list of World Heritage Sites in 1997. Since the pre-Roman period, a fortified settlement has existed on the hill where Carcassonne now stands.

The city is under an hour’s drive from Villa La Cascade and is well worth a visit – perhaps combined with a trip to the Canal du Midi.  Carcassonne is an outstanding example of a medieval fortified town, with its massive defences encircling both the castle and the surrounding buildings, its beautiful streets and its fine Gothic cathedral. There are also some lovely restaurants in the city – great for trying out some exceptional Languedoc food and wine! Book Here

What a lovely week we had. Reminded us of being in Provence, but without the crowds and inflated prices, and nearer the sea! AMAZING views from the villa terrace - absolutely loved it. Des ... 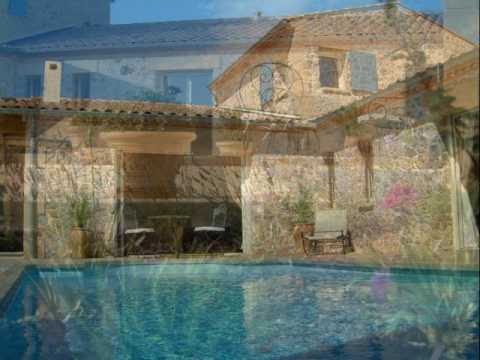